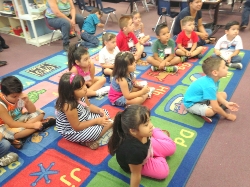 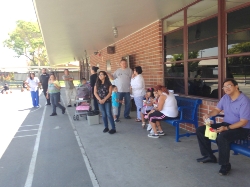 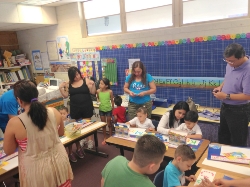 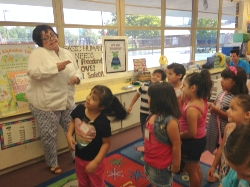 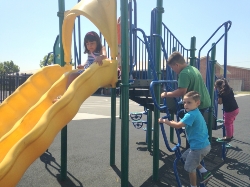 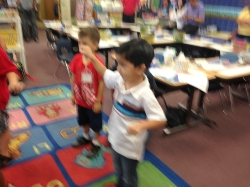 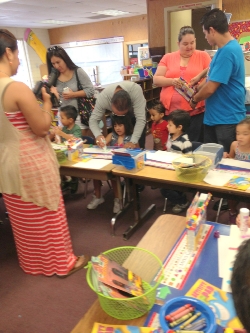 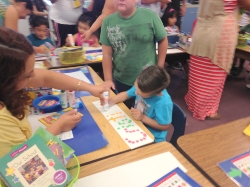 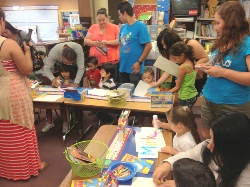 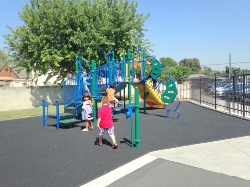 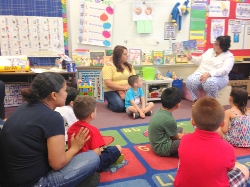 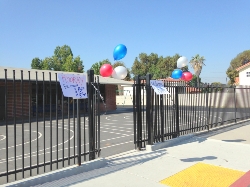 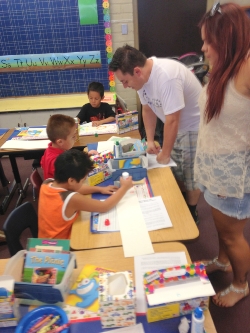 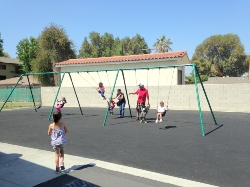 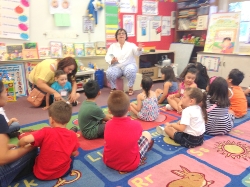 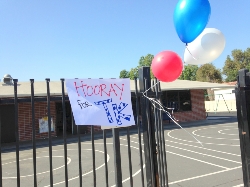 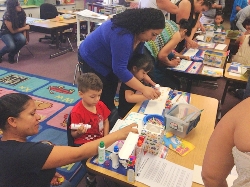 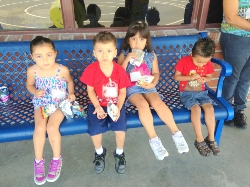 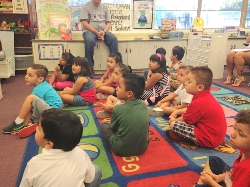 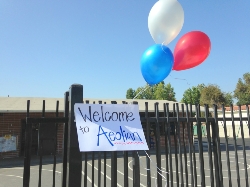 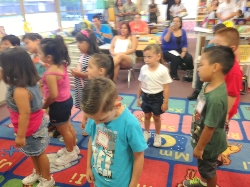 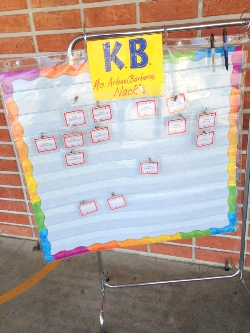 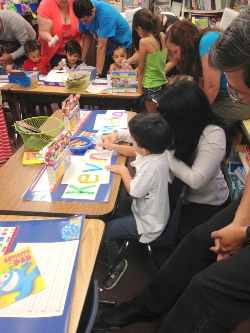 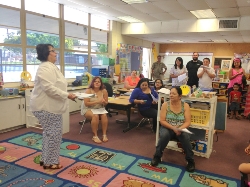 Mrs. Nack is excited to teach our youngest students!! TK Play Date before school starts is a HUGE success!!
On Friday, August 16th Principal Speh and TK teacher, Mrs. Nack, welcomed 16 students and their parents to LNSD's Transitional Kindergarten classroom. Principal Speh gave the parents a brief overview of what Transitional Kindergarten is while students colored at their desks. Mrs. Nack shared her passion for teaching Kindergarten students, especially being able to teach students using developmentally appropriate strategies and methods. She then invited the students to the rug where she read them a story and danced with them to music. The kids had a blast! Parents joined in as Mrs. Nack did a Los Nietos chant with the class. The children and their parents worked on an art project together and then went out to the playground to play. The purpose of the play date was to help the students become comfortable with their new classroom, teacher, and friends! It was a huge success!!


Information for Transitional Kindergarten taken from the CA Department of Education's website to help answer Frequently Asked Questions about TK.

What is the Kindergarten Readiness Act of 2010?
Senate Bill (SB) 1381 (Chapter 705, Statues of 2010) amended California Education Code (EC) (Section 46300, 48000, and 48010) to change the required birthday for admission to kindergarten and first grade and established a transitional kindergarten program beginning in the 2012–2013 school year.

What is the minimum age for admittance to kindergarten in California?
A child shall be admitted to a kindergarten maintained by the school district at the beginning of a school year, or at a later time in the same year if the child will have his or her fifth birthday on or before one of the following dates (EC 48000[a]):

How will the needs of English learners be addressed in transitional kindergarten?
Local educational agencies will provide a Home Language Survey to be completed by the parent or guardian which will aid the school in determining whether or not the student should be administered the California English Language Development Test (CELDT). Students who are English learners in a transitional kindergarten will have the same level of services as those in kindergarten.

How will the needs of parents of English learners be addressed in transitional kindergarten?
California law (EC 48985) requires that “all notices, reports, statements, or records sent to the parent or guardian of any such pupil by the school or school district shall, in addition to being written in English, be written in the primary language, and maybe responded to either in English or the primary language.” This applies to parents of English learners in transitional kindergarten.

What type of facility should be used for transitional kindergarten?
Facility requirements will be the same as they presently are for kindergarten.

EC 48000(b), "The governing board of a school district maintaining one or more kindergartens may, on a case-by-case basis, admit to a kindergarten a child having attained the age of five years at any time during the school year with the approval of the parent or guardian, subject to the following conditions:

(1) The governing board determines that the admittance is in the best interests of the child.

On the other hand, if a child is kindergarten-eligible but the decision is made to place that child into transitional kindergarten, then the district must ensure that the Kindergarten Continuance Form is signed before the student can continue into kindergarten the following year.

As of 2014-15, can a child who turns five between September 2 and December 2 be admitted to transitional kindergarten starting on the first day of school in August? If so, can we only claim ADA from the time the child turns five years old, or can we claim ADA in August as well?
For purposes of the P-1 report, the TK ADA should be combined with the regular Kindergarten ADA on the Kindergarten line(s). The TK ADA should also be reported on Line C-3, for informational purposes, for school districts, and A-0 for charter schools. If the schools districts and charter schools are unable to properly report the data for C-3 or A-0 at P-1 they can report it properly at P-2.

ADA can be claimed for TK students from the first day of the school year as long as the TK students turn five by December 2. If a school district chooses to admit five year old TK students after December 2, then ADA will start for the “late start” students on the day of their admittance.
Source: Principal Speh