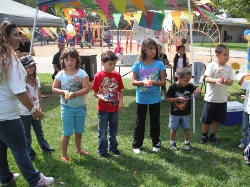 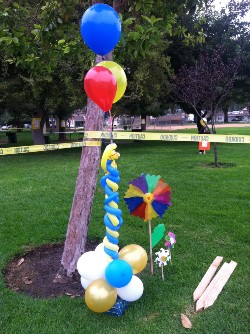 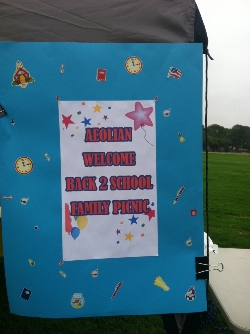 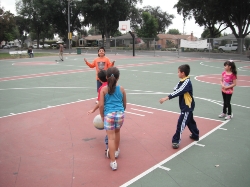 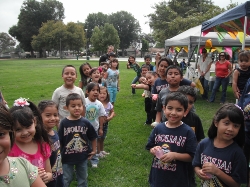 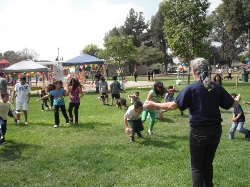 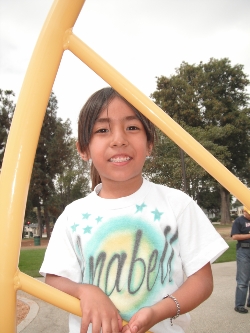 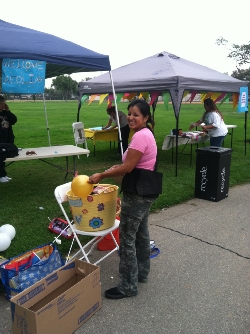 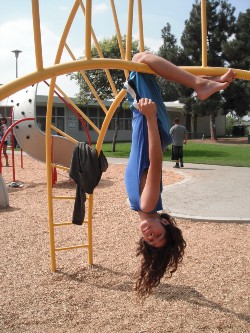 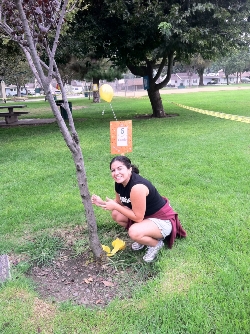 It was a B.Y.O.E. (Bring Your Own Everything) event. Families brought their chairs, lunch, and were ready to have some fun on Sunday, September 25th at Sorenson Park in Whittier. From 11:00 am to 2:00 p.m. it was non-stop food, fun, and games! By the end of the day tummies were full, prizes were handed out and children went home exhausted but smiling.
PTC parents and the principal, Amber Lee-Ruiz showed up at 6:30 a.m. to decorate a section of Sorenson Park with signs and balloons. At about 11:00 a.m. the teachers and families began showing up. Some even brought their four-legged family members too! It was a great opportunity for families to hang out with old friends and make some new ones. After lunch, the children gathered on the grass for a water balloon toss. After the winners were declared it became an all out water balloon war! Parents even got in on the action! One parent could even be heard stating "this is payback for not going to bed early last night" as a water balloon came crashing down on her son's head. There was lots of smiles, laughter, and wet clothes. The sun quickly came out to dry everyone off. Next, the children participated in a good old fashioned three-legged race and an egg and spoon race. The kids all had a good time playing games and enjoying themselves on the new playground equipment at Sorenson Park. Aeolian Families are already looking forward to next year's picnic!